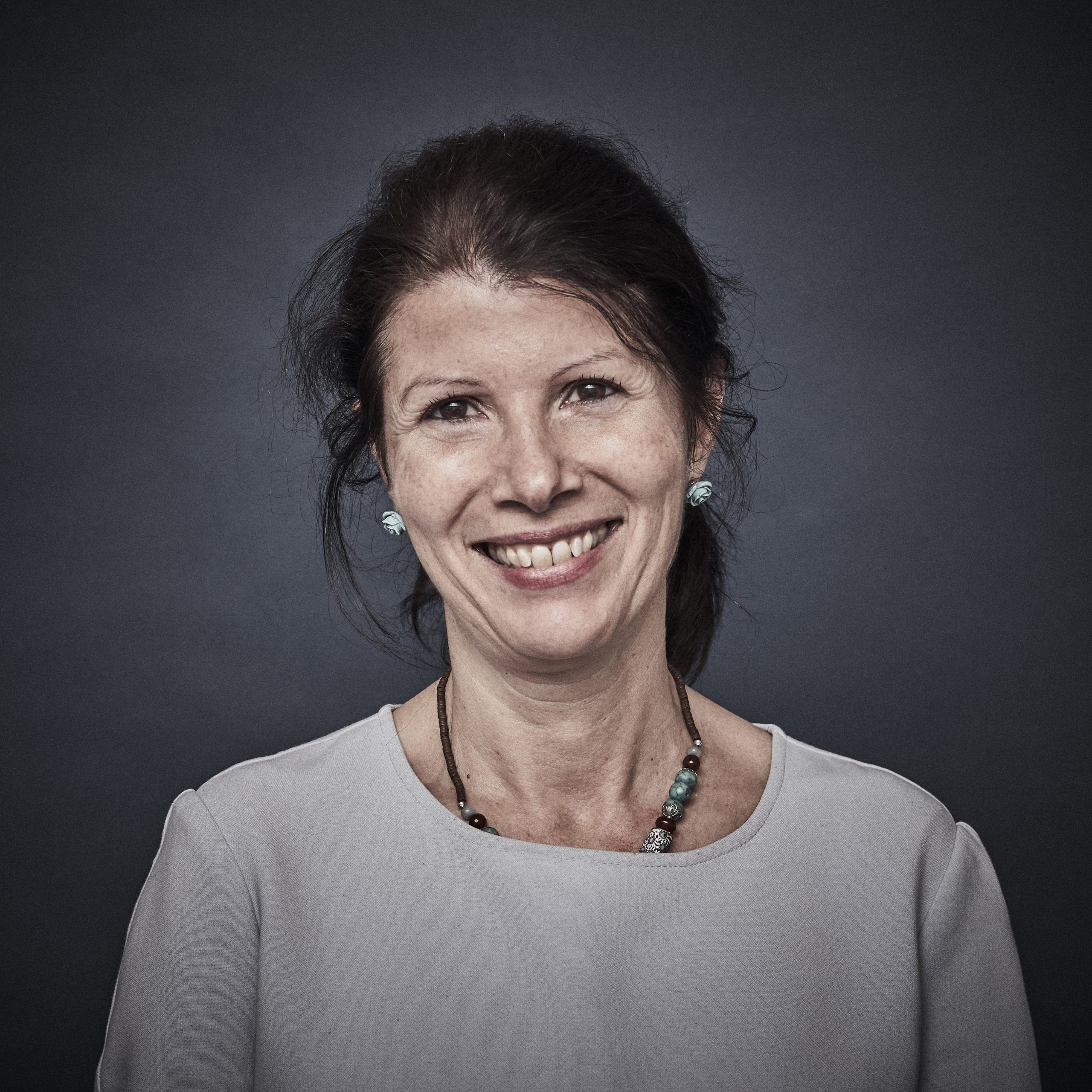 Deputy Dean for Ethics, Diversity and Inclusion at IE University, and the Director of the Center for Diversity in Global Management

Dr. Celia de Anca is currently the Deputy Dean for Ethics, Diversity and Inclusion at IE University, the Director of the Center for Diversity in Global Management, and professor of Diversity and Islamic Finance at IE Business School. She has a master’s degree from the Fletcher School of Law and Diplomacy (Boston), and from the Universidad Politécnica de Madrid. She holds a degree and PhD from the Universidad Autónoma de Madrid, with a comparative thesis on Islamic, ethical/ecological investment funds and on the London Market.

She is the author of Beyond Tribalism (McMillan,2012). She is a member of the Executive Committee of the Ethics Committee of InverCaixa’ s Ethics Fund. She has received the award of the women executive of the year 2008 by ASEME and is listed at the 2013 top50 thinkers ranking of global management thinkers. Prof. Celia de Anca is fluent in Spanish, English, French and Arabic. 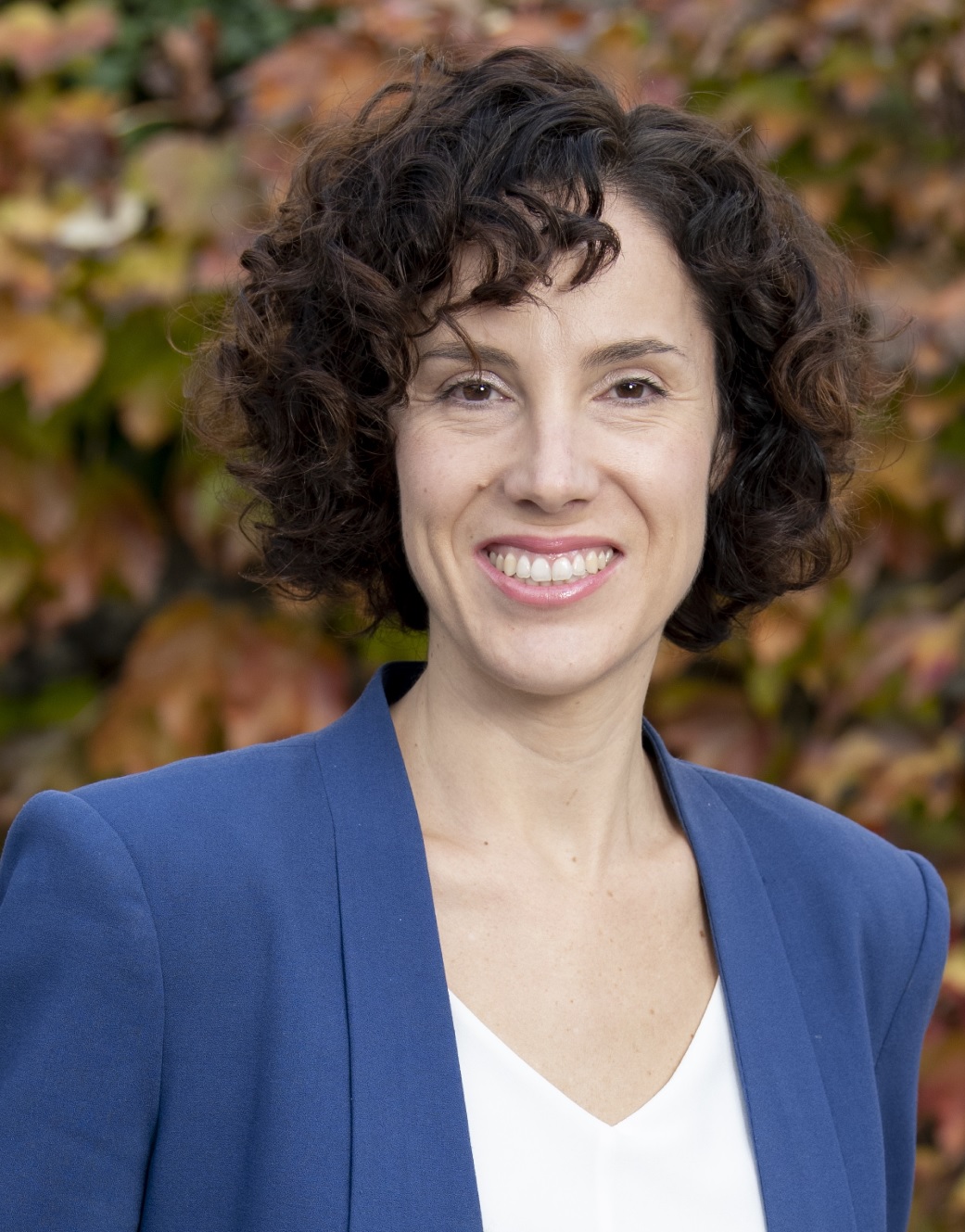 Dr. Concepción Galdón is IE University’s Sustainable Impact Teaching & Research lead and director of IE’s Center for Social Innovation. At IE she has the mandate to promote Sustainable Impact academic content across Schools and Programs, encourage more research in the topic and reach out to organizations and partners interested in Social Innovation. Concepción is a professor of Entrepreneurship and Innovation at IE. Concepción is also President of the social Venture Puentes Global, which she co-founded in 2009, and a member of Ashoka Spain’s Venture Board.

Concepción is an Economist by Universidad Autónoma de Madrid. She holds a Master in Public Administration and International Development by Harvard Kennedy School. Concepción holds a Ph.D. in International Economy and Development by Universidad Complutense de Madrid, who granted her an Outstanding Award for her Doctoral Dissertation. Her Ph.D. research focuses on the use of technology in social entrepreneurship. She has published papers in peer-reviewed journals and chapters in books. She writes contributions for mass media regularly and is a speaker at international conferences. 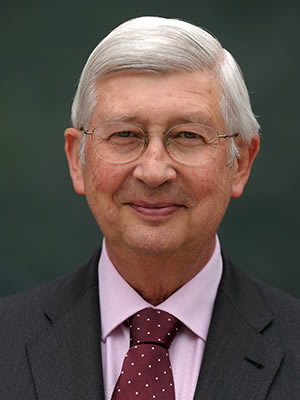 President at Universidad Internacional de La Rioja, research collaborator at the Observatory of Demography and Generational Diversity, and Chairman of the Board at IE University

Dr. Rafael Puyol is currently President at Universidad Internacional de La Rioja, research collaborator at the Observatory of Demography and Generational Diversity, and Chairman of the Board at IE University.

Bachelor and Doctor in Geography and History from the Complutense University of Madrid (1971) of which he was Professor until 2015 and Rector from 1995 to 2003 (currently Honorary Rector). He is a Collaborator by opposition of the Superior Council of Scientific Investigations.

He created and was the First President of the Population Group of the Association of Spanish Geographers. He is a member of the Board of Directors of the Spanish Chapter of the Club of Rome, 1st Vice-President of the Royal Geographical Society and patron of four Foundations.

Rafael Puyol is an Academician of the Royal Academy of Doctors and Academician of Social Sciences at the European Academy of Sciences and Arts of Salzburg; He was a member of the Executive Committee and the Board of Directors of the Portal Universia; member of the Jury of the Prince of Asturias Award for scientific and technical research between 1996 and 2006 and from 2007 to the present time of the Social Sciences jury; he was Vice-President of the CRUE (Conference of Rectors of Spanish Universities).

He expanded demography studies in Paris and Notthingam (U.K.) and chaired the Board of Directors of the Miguel Servet School of European Studies in Paris (1998-2003).

He is in possession of different national and international decorations, is a gold medal from 7 international universities and is Doctor Honoris Causa for other 7. He is President of SECOT (Spanish Seniors for Technical Cooperation).
He specializes in Demography and has published 18 books and more than 200 articles. Its priority lines of research are migrations and demographic aging. 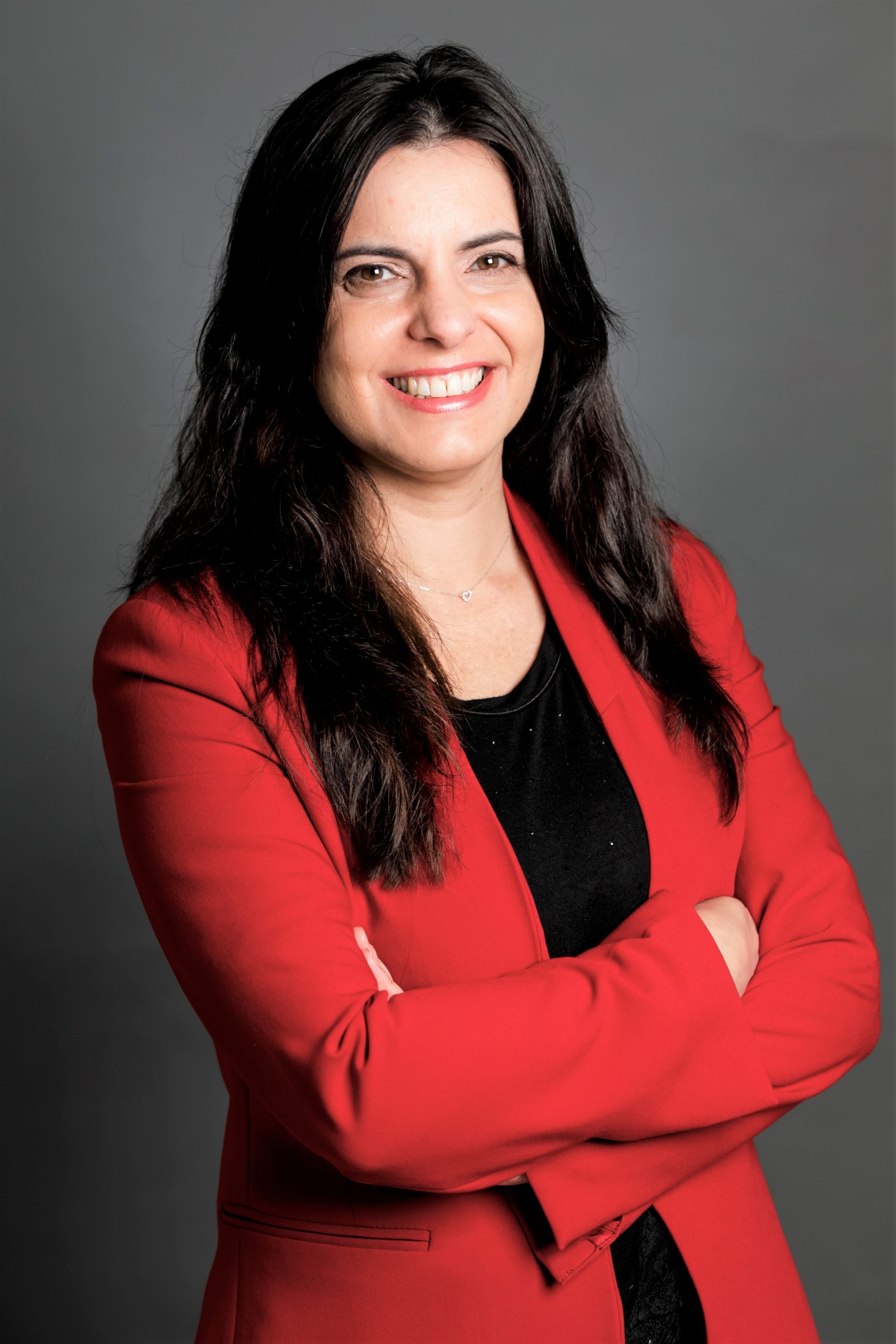 Research collaborator at the Observatory of Demography and Generational Diversity

Bárbara Rey Actis is an Instituto de Empresa Alumni where she graduated with honors in 2019 after finishing her Excetuve MBA. She is a senior Marketing professional working for multinational companies for more than 25 years. She is also devoted to research and write articles related to Longevity, Aging Population, Lifespan. Her last milestone is the launching of “Longevity Initiatives”, a personal project created intended to lead the knowledge of this world´s fastest growing and most misunderstood market: The Seniors. She participates pro-bono in different groups and associations to extend her contribution to society, such as “Aging 2.0”, “Foro de la Sociedad Civil”, “Pharma & Health Care Club at Instituto de Empresa” and is also Student Mentor at “Instituto de Empresa” and “Nova Talent”. Bárbara Rey Actis works as a research collaborator at the Observatory of Demography and Generational Diversity. 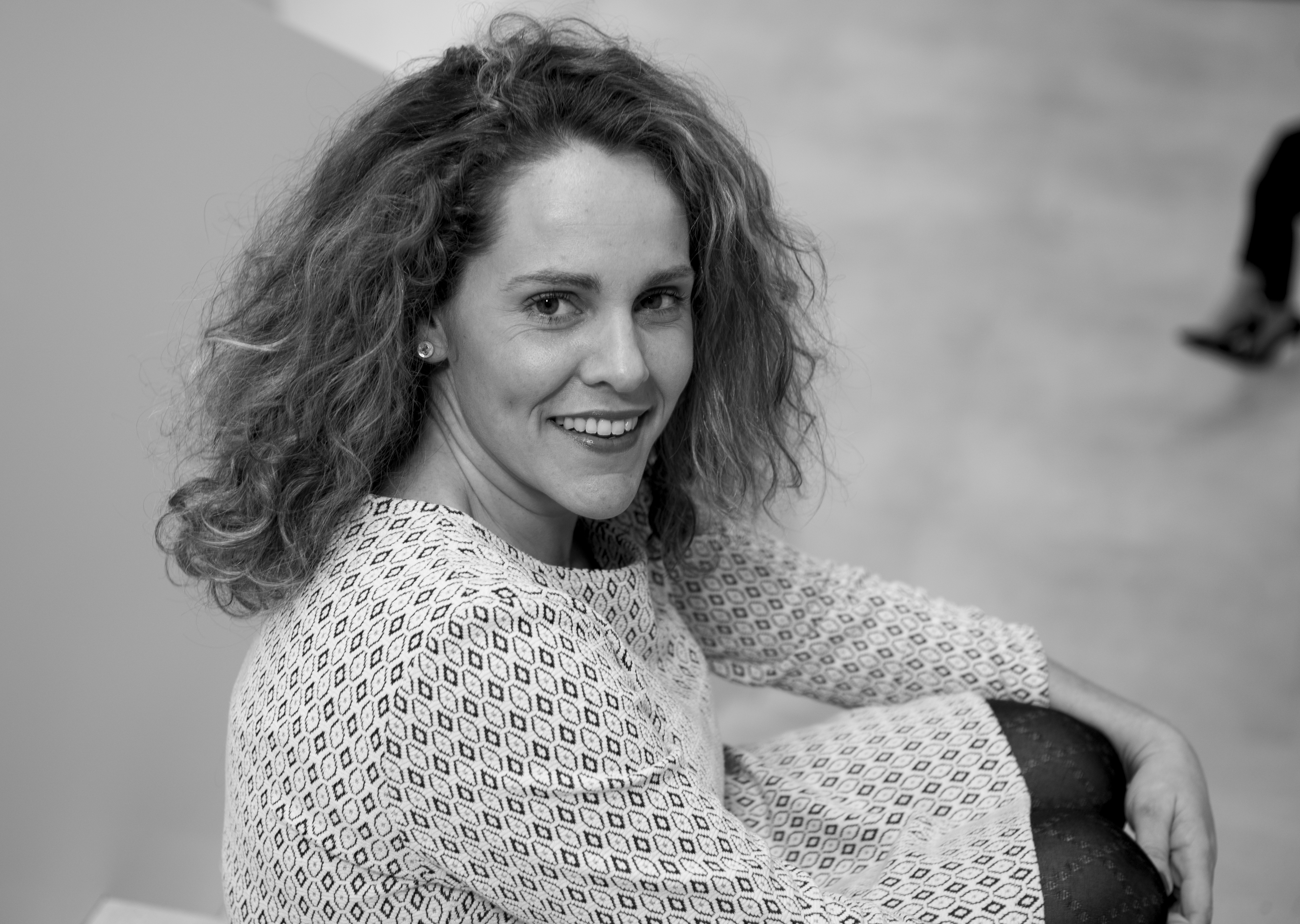 Elena Molina has a degree in Journalism and a Specialist in Communication and Political Management from the Universidad Complutense. After gaining experience in different communication companies, in 2007 he joined IE Business School as Technician of the Internal Communication Observatory. Since 2008 she is Deputy Director of the HR Benchmarking Club. Among its functions in this forum include personalized attention to members of the Club, content management on websites and social networks, the organization of meetings and conferences and the development of research in the area of Human Resources. She has written articles in different specialized magazines and is co-author of the book Measurement of Human Capital: How to create impact in the business from the practice of benchmarking. Elena Molina works as a research collaborator at the Observatory of Demography and Generational Diversity. 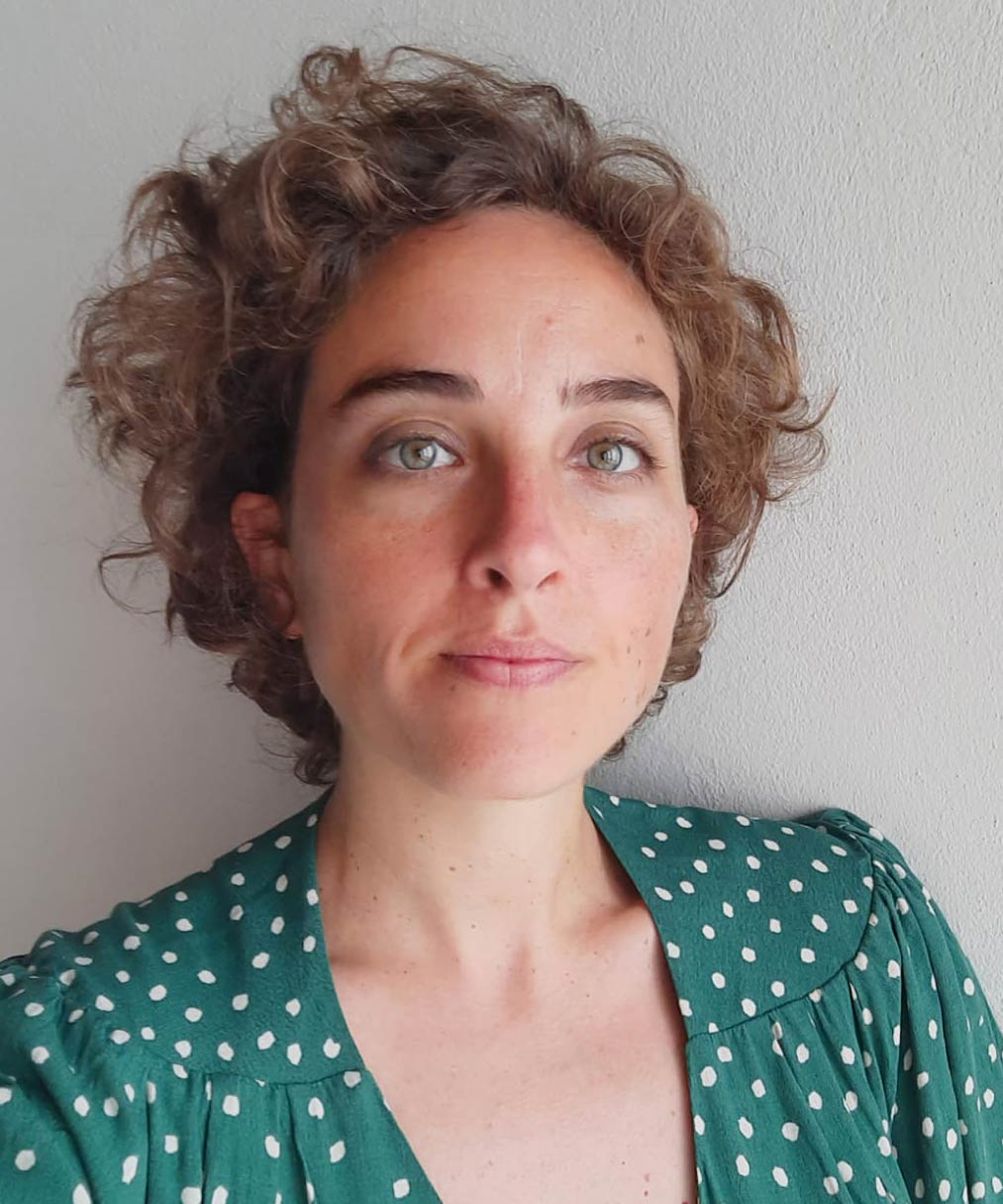 Communication Department of the Observatory of Demography and Generational Diversity

Laura Rodríguez Arias has a degree in Journalism from the University Complutense in Madrid. She has worked in several news media and in different countries throughout her career. Currently, she works at the IE Center for Diversity coordinating the Center’s activities, and also developing its social media and community management. Moreover, Laura Rodríguez coordinates the Communication Department of the Observatory of Demography and Generational Diversity.