Posted at 16:17h in Events, In the media by laurarodriguez 0 Comments
0 Likes

ON MONDAY, DECEMBER 16, THE PRESENTATION OF THE REPORT ELABORATED BY IE FOUNDATION, PEOPLEMATTERS AND SAGARDOY ABOGADOS WAS HELD.

NOW IT IS AVAILABLE IN ENGLISH! 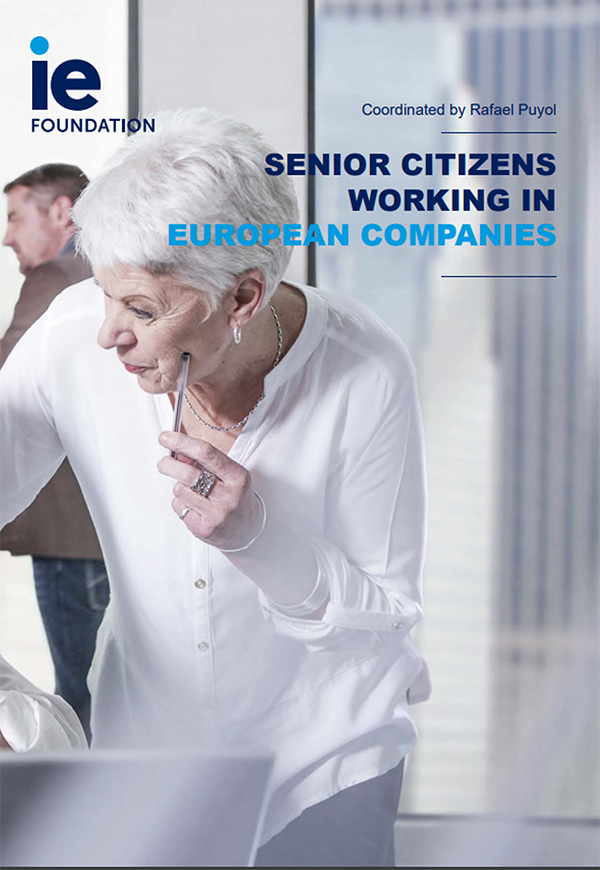 The weight of senior workers within the European workforce has grown in recent years and will continue to do so due to the demographic pyramid according to the report ‘Senior citizens in European Companies’ presented on Monday, December 16 at IE by Rafael Puyol, Director of the Observatory of Demography and Generational Diversity, IE Foundation and coordinator of the report, with the collaboration of PeopleMatters and Sagardoy Abogados, and the sponsorship of Correos, Fundación Banco Santander, MAPFRE, Sagardoy Abogados and Fundación Bancaria LaCaixa.

In the last ten years (2008-2017) the number of senior workers in the 9 European countries analyzed by the report has grown by 11.5 million, with Italy registering a greater increase relative to 70% more senior workers in that period. In Spain this increase has been 42%, reaching 3.6 million workers over 55 years of age.

“The unemployment suffered by this group, except in Spain, is not particularly notable and also does not rise. Although self-employment does slightly. With the exception of the Netherlands, there are still more full-time than part-time workers within the senior collective. Most of these workers are concentrated in services and particularly in the branches of activity in which intellectual work prevails more than physical: health, commerce, professional or educational services, “says Rafael Puyol, coordinator of the report, who also highlights that a “quality” difference is observed between the occupations of men and women.