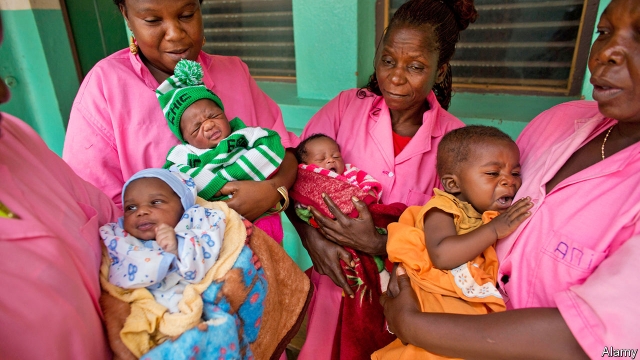 Posted at 11:10h in In the media by laurarodriguez 0 Comments
0 Likes

Previously published in The Economist.

John Magufuli, the president of Tanzania, has strong views about birth control. He does not see the point. In 2016 he announced that state schools would be free, and, as a result, women could throw away their contraceptives. On September 9th this year he told a rally that birth control was a sign of parental laziness. Tanzania must not follow Europe, he went on, where one “side effect” of widespread contraception is a shrinking labour force.

There seems little danger of that. Tanzania’s fertility rate is estimated to be 4.9, implying that the average woman will have that many children. Europe’s rate is 1.6. Tanzania is helping drive a continental baby boom. In 1950 sub-Saharan Africa had just 180m people—a third of Europe’s population. By 2050 it will have 2.2bn—three times as many as Europe. If UN forecasts are right, sub-Saharan Africa will have 4bn people in 2100 (see chart 1).

Previously published in The Economist >>