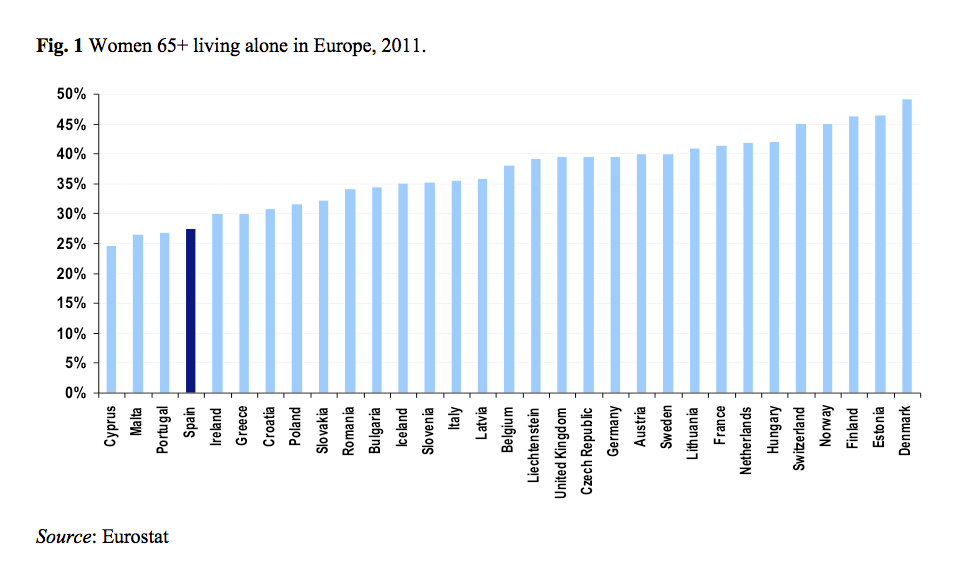 Posted at 07:53h in In the media by laurarodriguez 0 Comments
0 Likes

The prevalence of living alone during later life varies widely across developed countries but everywhere its recent growth has been remarkable, even in societies with traditionally strong family ties. Fertility has been very low in these countries for decades now, especially in the eastern and southern fringes of Europe, and there are simultaneous increases in living alone and in childlessness.

Parallel upward trends in low fertility and living alone during later life are important for a number of reasons. Small social networks combined with the social isolation that tends to come with solo living is known to be significantly associated among older people with mortality (all-causes) and with an ample range of diseases. Living alone reduces satisfaction with life and the perceived quality of life during old age and lowers the levels of social and familial support at older ages. Childless people, typically women, who live alone are a potentially vulnerable group, at risk of having insufficient support during old age. Although men may be subject to similar constraints, this article deals only with women due to data availability.

The large differences in the prevalence of older women living alone in developed societies (Figure 1)   are determined primarily by demographic compositional factors such as age, sex, marital status, education or completed fertility. The observed variation in living arrangements in these European countries may also be interpreted in terms of the intensity of their underlying levels of familism (Reher 1998) and appears to fit onto a geographical continuum ranging from north and west to south and east.

Keep on reading on: http://www.niussp.org/article/past-fertility-and-living-alone-in-later-life-in-spainla-fecondite-et-le-risque-de-vivre-seul-au-grand-age-en-espagne/